There's a hot debate in our state's north at the moment surrounding water flouridation...the Opponents of fluoride are linking the additive to cancer, dementia and brain damage

At a public meeting in Byron Bay last night there was overwhelming opposition to fluoridation. 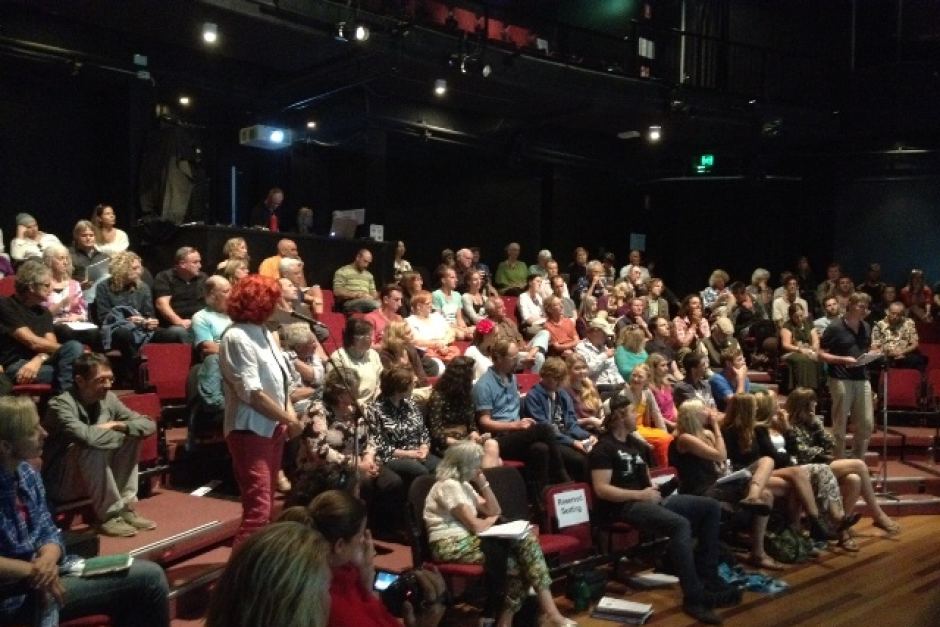 Fluoridated water is provided to 96 per cent of people living in NSW but it's never been in Byron's water supply despite a health department survey showing the majority of people in area would support the move.

The rate of childhood tooth decay in Byron is already amongst the worst in the state and the crowd at last night's meeting was told the region was facing an oral health crisis.

Many health authorities believe fluoridation is the best solution to that problem, but the crowd did not seemed to be convinced, and a number of other health professionals preach to dangers of flouridated water and that the best water for teeth was un-fluoridated.

Although, Wollongong University's Dean of Medicine and Toxicology , Professor Alison Jones told the crowd that there was no evidence to support such claims.

"The mythology around the source of the fluoride and that it must be necessarily contaminating drinking water with high concentrations of heavy metals that's simply not true.

The Australian drinking water is routinely and systematically checked and the mythology around that is as I am suggesting, nonsense," Professor Jones said.

Byron Shire councillors are due to get a private briefing on the issue later this month, so stay tuned.