A pretty concerning article caught my eye this morning published in industry magazine, Bite, about health insurer NIB openly embracing medical tourism. And while its good that the issue is being addressed by the ADA and official 'warnings' on medical tourism have been issued what I don't understand is that the ADA don't seem anywhere near as concerned by the outsourcing to Asia of crowns, bridges etc. by something like 60%, which bypass the TGA...something that is fast destroying the dental technology industry.

Anyway, have a read for yourselves... 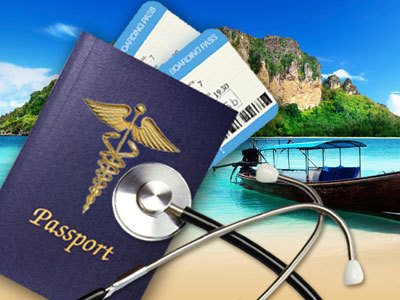 Health insurer, NIB's senior executives have defended the company’s plans to move into the medical tourism market, saying the phenomenon was “not new” and would help to grow earnings in its business.

“It’s not new. It is actually happening,” NIB chief executive Mark Fitzgibbon was quoted as telling shareholders at its annual meeting in Newcastle last week.

He said the question for NIB was about “how can we hitch our wagon to the global thematic of people travelling across borders for their healthcare”.

However, Australian Dental Association federal president Karin Alexander criticized the decision, telling The Australian newspaper that, while prices for offshore treatment seemed cheaper, there was no way that the quality of work performed overseas could be guaranteed.

“We have a very high level of regulation in Australia to ensure safety and we also have rules about security of the workforce and those elements aren’t there in most Asian countries,” she said.

“Dentistry is rarely a one-off operation, but instead requires ongoing consultation, and that requires an individual dentist who knows an individual and what their issues are. Any work done overseas can’t really be followed up anywhere in Australia.”

She said the sort of dental work that Australians went to Asia for was generally high-end operations such as crown work or implants.

“What worries me about having health funds try to provide some sort of quality assurance measures is just how independent they would be. If they employ someone to check out Asian dentists, would that person be fully independent or would they be paid for by the health fund?”

When questioned about the ADA’s opposition to the scheme (as well as other peak medical bodies) Mr Fitzgibbon said the two peak bodies were part of NIB’s consultation over the scheme.

“The response is not surprising,” he said. “You will always have a bias to the status quo. I’m confident they will accept this as a sensible option to improve the quality of something that is already happening.”

The ADA has put out a press release detailing the issues those travelling overseas for dental work must consider, including: