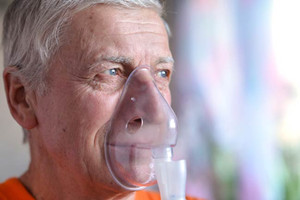 With Winter in full swing, it occured to me that many of the more acute infections associated with cold and flu might have a link to oral health (or lack of it)...low and behold I found a recent study published in the Journal of Periodontology suggesting a possible link between upper respiratory diseases—including pneumonia, acute bronchitis, and chronic obstructive pulmonary disease (COPD)—and periodontal disease. Typically occurring when bacteria are inhaled into the lungs, the bacteria that cause periodontal disease also can be inhaled into the respiratory tract and increase the risk of infection.

Several studies have suggested a link between periodontal disease and other inflammatory diseases, such as cardiovascular disease and diabetes. However, there is not a lot known about how periodontal disease can impact respiratory health. Considering that respiratory infections, including chronic obstructive pulmonary disease (COPD) and pneumonia, can be severely debilitating and are a major cause of death in Australia, particularly among the elderly, research into how periodontal health and respiratory health are potentially connected is imperative.

The significance of this research study is that it provides further evidence of the perio-systemic link by demonstrating that the incidence of pathogens in the periodontium may play a role in the progression of non-oral disease. These findings suggest that the presence of bacteria associated with periodontal disease, such as Porphyromonas gingivalis, may increase a patient’s risk of developing or exacerbating respiratory infections. The occurrence of these oral pathogens, and the resulting supragingival plaque accumulation, periodontal pockets, and most likely the inflammatory response diminishes the host defense, thereby increasing subjects’ risk for developing a respiratory infection. 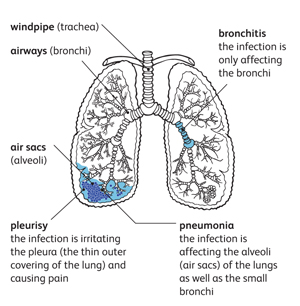 This study places a lot of emphasis on the role of bacterial pathogens in the progression of both periodontal disease and respiratory disease. While the presence of bacteria is a determinant of disease, it is often the inflammatory response to bacteria that is essential in the initiation and progression of disease states.

Individuals may be genetically predetermined to respond differently to a challenge, such as bacteria, and therefore their level of disease may be different. It seems that while an in-depth discussion of inflammation was missing in this study, there was speculation that periodontal pathogens not only are responsible for respiratory tract infection, but also that these pathogens may affect the local defense mechanisms of the region to increase these patients’ risk for respiratory disease.

Both periodontal disease and respiratory disease are often classified as inflammatory conditions, so it may be possible that inflammation may be a factor in the link between the two. Obviously, more research is required to illustrate this and better understand if and how the inflammatory response to periodontal bacteria leads to the development or aggravation of respiratory infections.

This really drives home the belief that the mouth, teeth and gums are the 'gateway' to holisitc health.